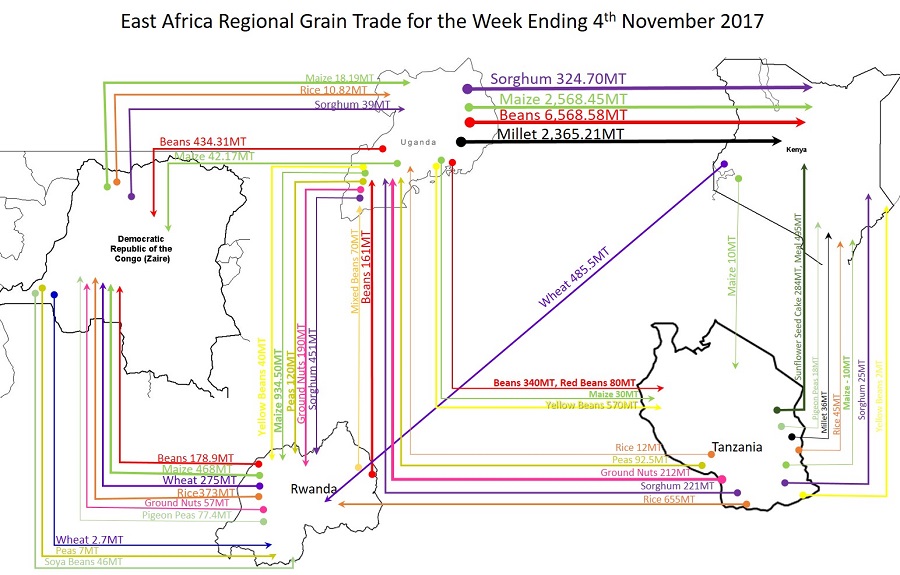 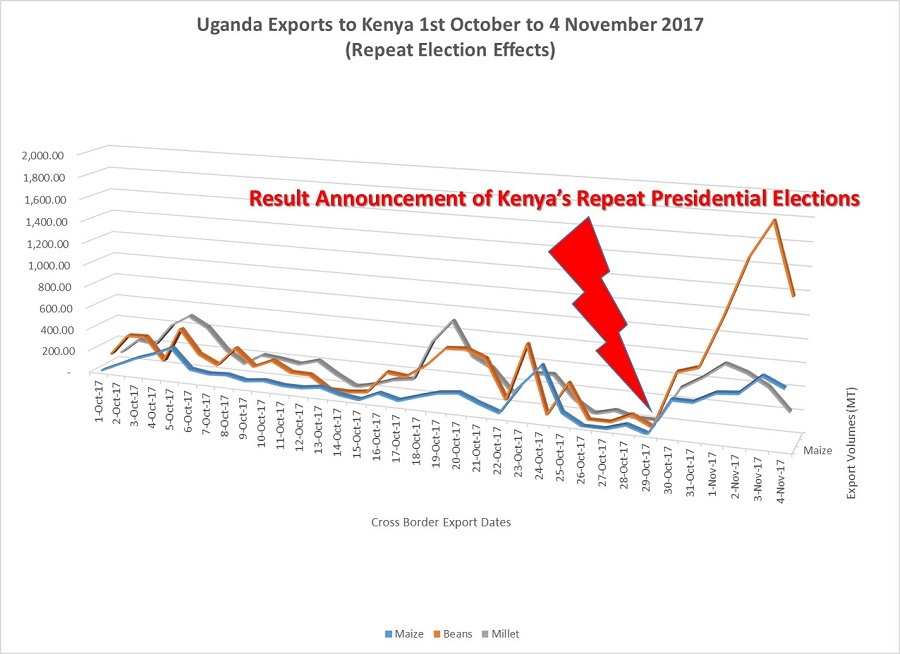 Betta Grains continues to receive various request to buy and sell grains and cereal.  Kindly visit our eDuka page https://www.bettagrains.com/?page_id=1236 for a more up to date list. 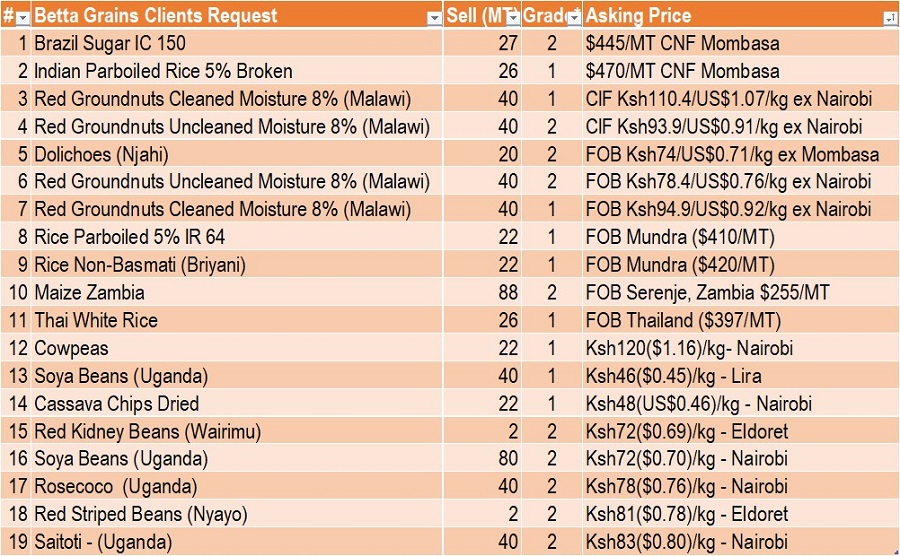 Disclaimer. Due to unavailable of data on various border points on formal cross-border trade flows and volumes in the public arena.  The volumes indicated above are mostly from the informal cross-border data that is available to the public.  The purpose of the analysis, is simply to provide an indication of the East Africa Regional Trade flow to SMEs, Smallholder Farmers, and Other Stakeholders in a manner and language that is applicable, simple, and makes sense. Those desiring to obtain actual trade volumes are advised to contact various internationally funded government projects that have been mandated to provide the regional trade data for public good.

Large volume buyers and sellers both local and international wishing to trade with us.  Kindly email marketing@bettagrains.com  the following information.  Your company business registration details (soft copies of Business License and Tax Pin)*. Your product, grades, standards, and specifications.  Your export /import destination port for price offers and taxes purposes.  How many Bags/MTs/Kgs. Please indicate your pickup and final location/destinations.  And your payment terms, we strictly work with bank guaranteed trade products.

*Conmen & Fraudsters are real in the grain sector.  We strictly work with legally registered businesses. We are unapologetic about protecting ourselves and clients against fraudsters.

For additional information, kindly book a 60 minutes session with Fostina Mani Investments  www.fostinamani.com, our trade advisory and business consulting for the following services.